These days we continue to be together in our isolation and separation. Among things we share are our individual stories of how social distancing and social isolation are impacting our lives in different yet often similar ways.

My ninety-seven-year-old mother cannot have visitors in her retirement community. That includes immediate family. Fortunately, she has a health care professional she likes who visits regularly. My mom has both help in daily tasks as well as social interaction in a time of social distancing. A reason for gratitude. Not long before everything changed, I had a chance to go across the state and spend nearly a week with my mom. More reason for gratitude.

Despite some mornings when my first impulse is to simply stay in bed, I make sure to remember to be grateful. For lots of reasons. Health. A loving partner. A welcoming place to shelter in place. Enough to eat. Finding ways to continue to connect with friends and the world. Using this time to continue to discover and define what is truly important.

Here’s a song The Brothers Four recorded a few years ago. When I listen to it these days I think of the pictures and videos of nature reclaiming its place in this amazing world.

As I said in the April Muse Letter, I hope that you continue to remain healthy and okay in other ways. If a song would help, please let me know…

Also, when this began, I started regularly sharing songs and the stories behind them with Michael Kirkland. He is the guy I replaced in The Brothers Four more than 50 years ago. As I have related earlier there were times when I felt trapped in Michael’s shadow. Then it dawned on me that I was actually standing on his shoulders and in his shoes. After that realization I took the opportunity to thank him. That interaction led to a kinship, a friendship, a unique relationship, and eventually a genuine affection. It also led to getting him back on stage for the first time in more than 50 years.

For the last five or six weeks I’ve sent Michael different songs I’ve recorded as a solo artist, with my friend, Mike McCoy, and as a member of The Brothers Four. At Michael’s urging we have begun to invite additional people to join us. Let me know if you would like to become part of our Song Circle.

Between 2014 and 2017 I participated in half a dozen Pilgrimages where intergenerational, interracial groups of us got on a bus and visited sites, heard stories, and sang songs important to the Civil Rights Movement of the 1950’s and 60’s. The visits were life changing and life affirming.

One thing I learned from those experiences is that time in our country’s history may be as important to the story of our country as the story of the Founders. It is, in many ways and on many levels, a hopeful, exciting story filled with bravery and sacrifice. It is a story about how the best of this country can triumph over this country’s worst impulses. The story includes the best of individuals combined with the best of the three branches of the Federal Government and the Free Press working with those individuals to make the Declaration of Independence a living document for more and more Americans.

My faith in the best of this country. My love of the songs and stories. A belief the Civil Rights story is one of this country’s most important moments. A view that all of us should know and celebrate that story. These things inspired me to create Remembering the Dream.

The first Songs and Stories from Home Podcast featuring Remembering the Dream will be available in the next week.

Here is a link to a bit of a song I wrote describing some of the Pilgrimage experience.

These days I have been spending lots of time as a songwriter. The plan is for Mike McCoy and me to go into the recording studio in early July. Creating new songs has offered a sense of purpose that I am grateful for these days.

I’m including a couple of photos of McCoy and me from some concerts we did in the mid-80’s. Ted Brancato will be flying in from New Jersey to take over his duties as keyboardist, arranger, musical director, and producer. I’m including a picture of him from a concert we did 2007 at Benaroya Hall in Seattle.

There is also a photo of McCoy in front of the cenotaph at the Peace Park in Hiroshima taken last June. I learned that a cenotaph is an empty tomb or monument. In a stone chest are the names of the 290,000 people killed immediately by the blast or indirectly in the years that followed. It is a stark, vivid, and important reminder. 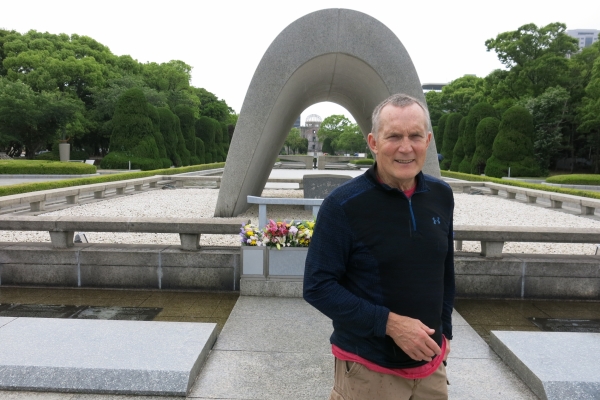 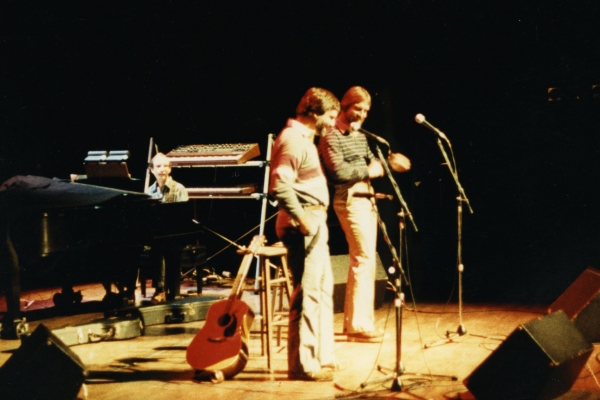 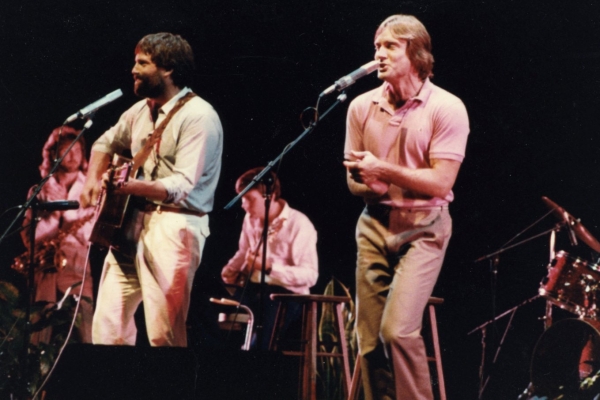 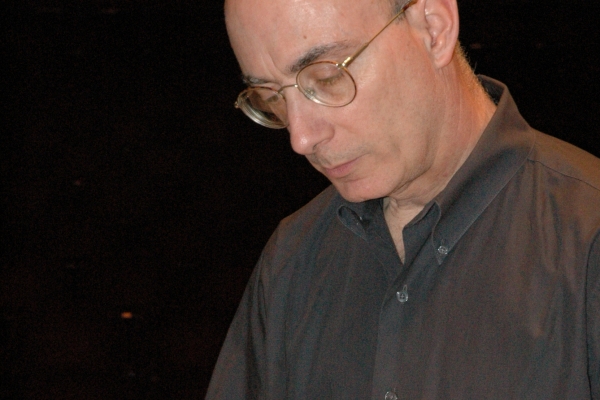