The original members of The Brothers Four started out singing for fun and for beer. The group was as much a family as it was a business. That’s changed some over the years depending on personnel but I am happy to say that the four of us who make up the group now are great friends and the spirit of who we are and what we do is, I believe, much like it was during those early years. We work hard but we laugh a lot and realize every time we go on stage how lucky we are to still be doing what we are doing. We are a family.

One thing that makes Japan special is that we have been able to share the experience with our other families. Everyone’s wife has made at least one trip. My wife, Pat, was here for two weeks of this tour. It was as special and memorable this time as it was twenty-six years ago when she traveled with the group for the first time during a series of hotel Christmas concerts.
In 2000 Pat’s two daughters, Jodie and Lindsey, came for two weeks of a six-week concert tour. We still talk about what an amazing trip it was.

In this post there is photo of Jodie and Lindsey with me on the stage set from the 2000 tour. In 1989 Bob’s son, Adam, joined us for a six week concert tour. There is a picture of him on the train sitting next to his dad. There are also pictures of Karl and his wife, Deb, and McCoy and his wife, Connie.

The video included here is of the group singing the song “Turn Around.” The group has sung it at a lot of family weddings. 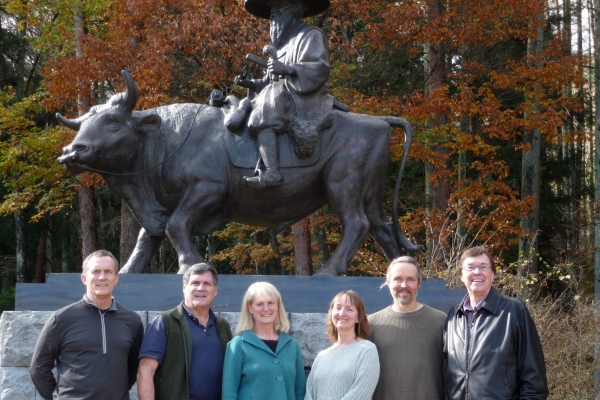 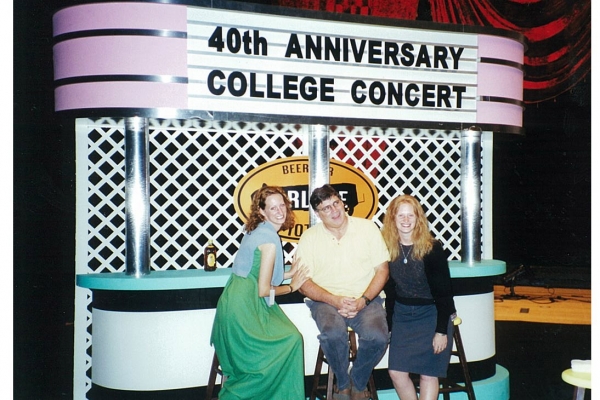 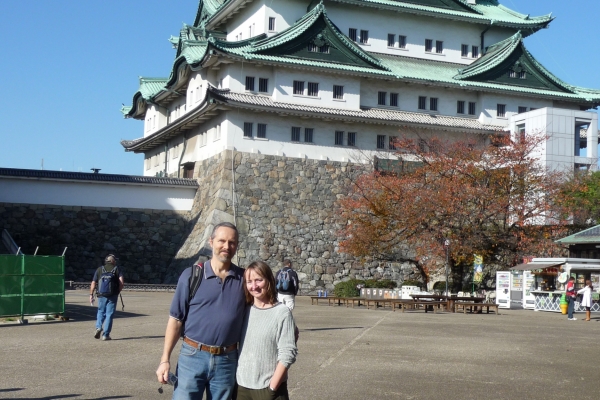 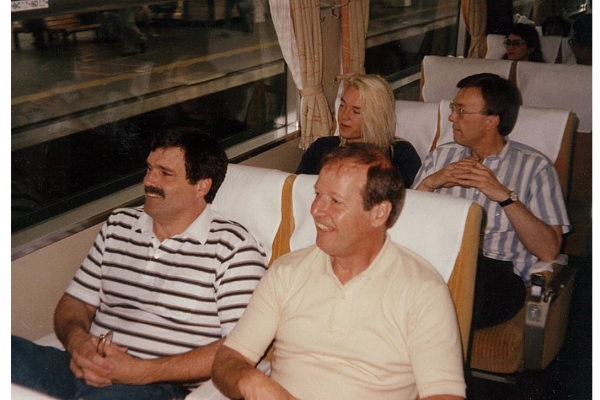