In the early 70’s there was good work to be had in restaurant bars in the Northwest. I honed my craft and developed my style during those years. McCoy would often join me on weekends with a gathering of friends on the “closing nights” at whatever restaurant bar I was performing in.

While McCoy and I enjoyed singing together my dream was to make it as a solo artist. There were a lot of singer-songwriters to look at and up to, Dylan, of course, Kris Kristofferson, Joni Mitchell and James Taylor. Paul Simon had gone out on his own and each of the Beatles were having solo careers. John Denver loomed large especially because we somehow shared a Brothers Four "connection." (John credited Mike Kirkland, the guy I replaced in the group with getting him an audition with the Chad Mitchell Trio. That became John's big break. Then there was the fact that if he hadn’t waited so long to call he likely would have ended up in Kirkland’s spot in The Brothers Four instead of me.)

A friend of mine had an aunt in the “business” in Nashville. She introduced me to Nashville publshers who "contracted" a number of my songs though none were ever recorded.

For a few years Bob Dylan’s brother, David Zimmerman, managed me. He was living in Minneapolis so I moved there for a while.
Then it was back to Seattle with visits to Nashville to "sell" my songs.

I kept being advised to move closer to the action. In the fall of 1977 I moved to LA. I kept chipping away and having a little success here and there. One of my songs became the debut single for a European artist named Suzanne Klee who was trying to break into the US market.

One night I was talking with a friend of mine who had recently worked on a remodel of the Brentwood Playhouse. We decided to put on a show there. (It would have made Andy Hardy proud.) I invited McCoy to be part of the show. We also added a woman we’d sung with before, Alicia Avery, and a bass player, Larry Paxton. The show was a success. I've included the review from Billboard Magazine.

Then in the fall of 78 I decided to go back to Seattle, to come home. I was lost and couldn’t figure out a way forward.
As it turned out the way forward would be found in a return to The Brothers Four and standing next to Mike McCoy.

The audio recordings included here are from the Brentwood Playhouse performance as well as Suzanne Klee's recording of "I Tried Not Falling in Love." The video is of that same song and features Ted Brancato and McCoy's and my partner in The Brothers Four, Karl Olsen.

If you'd like to help us celebrate 50 years on September 13th tickets are available at Brown Paper Tickets. http://www.brownpapertickets.com/event/2055269 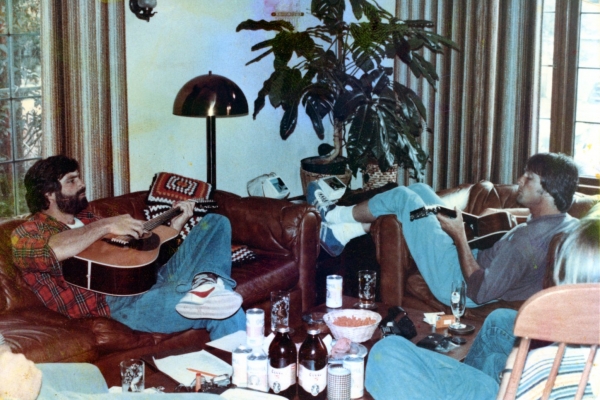 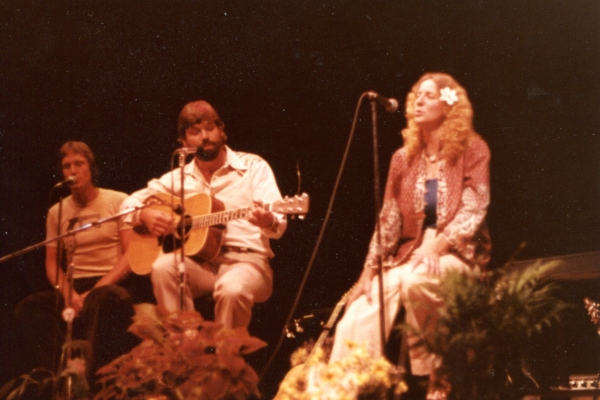 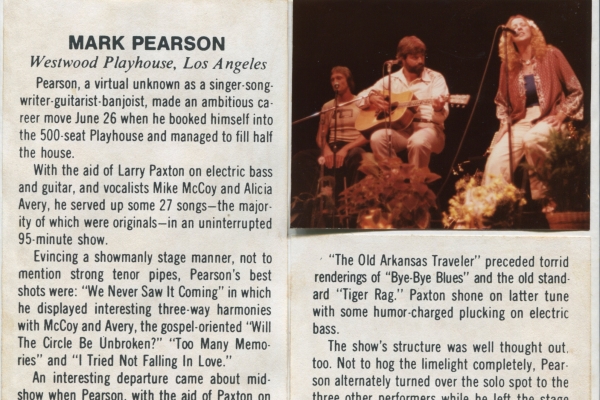