In the late 50’s and early 1960’s folk music was a popular musical form. If Elvis was the King of rock and roll-heavily influenced by R & B, Gospel and Soul-The Kingston Trio were the Princes of Folk Music. Growing up in Spokane at that time you might be considered a “rocker” or a “folkie.”
Different folk groups were signed by major labels to compete with (or is that against?) the success of The Kingston Trio. (The group was so popular that the Beach Boys made the Trio’s striped shirt look their own.) The Brothers Four was an important act for Columbia Records.
I was a big fan of Peter, Paul and Mary, The Chad Mitchell Trio, The Limeliters, and The New Christy Minstrels. I was one of those who didn’t want Dylan to go electric. Everything changed in November of 1963 with the murder of President Kennedy. The Beatles who were quietly introduced the month before the President’s death were welcomed as conquering heroes a few months later and music changed forever.

Thanks to a Japanese population that remained faithful to folk music The Brothers Four continued singing albeit to largely foreign audiences. Then about 15 years ago there was a successful PBS show called This Land Is Your Land shown about the same time as the movie A Mighty Wind gained a wide audience. Although folk music may not have been cool the audiences in the US were warm again.
Competition replaced by a sense of comaraderie, The Brothers Four sang with many of the groups I had so admired growing up.

It’s my feeling that The Brothers Four are in a great position to represent American Folk Music. While the group has recognizable hits like Green Fields, Green Leaves of Summer, and Try to Remember there is also room in the repertoire to introduce lots of different songs and musical styles. In the course of a concert the group includes Ragtime, Bluegrass, Calypso, Broadway, a medley of Railroad Songs, as well as traditional folk melodies. We sing a song or two in Japanese when we perform in Japan.
We happily leave everything on the stage every night.

It is an amazing gift to be able to continue to represent this music.

The songs here are examples of Bluegrass, Ragtime, and Railroad Songs. 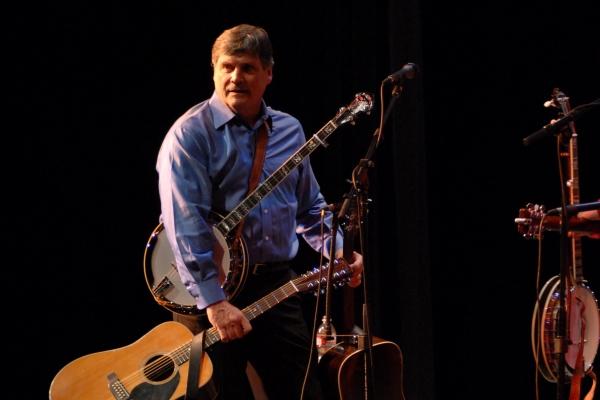 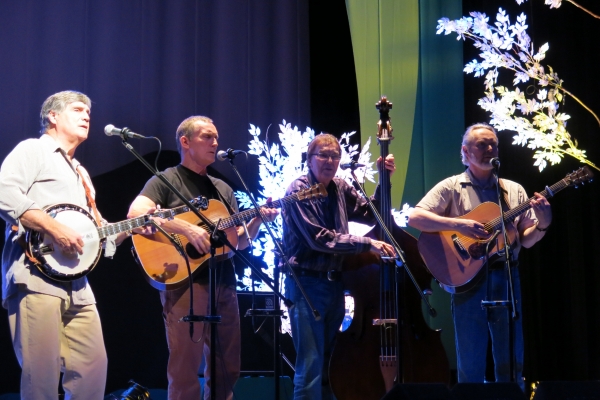