It is still all about the music

Last night The Brothers Four performed in Fukuoka for the 100th Anniversary of Seinan University. It does not happen often that we have an opening act, but last night we did, a group called Terrevert Green. They are four guys who are all grads of the school who have been singing folk music including Brothers Four songs for 50 years. Last night like so many nights before it was, in the end, all about the MUSIC.

Folk music became incredibly popular in the late 50’s and early 60’s. While all credit due to the Weavers, it was The Kingston Trio who introduced it to the youth back in the day. With the popularity of folk music major labels were competing to find groups who could compete with The Kingston Trio who were on Capital Records. Columbia records put its clout behind a group of college kids from the University of Washington called The Brothers Four.

Growing up in Spokane in the 50’s and 60’s I was enchanted by the sounds and sensibility of folk music. During some incredibly awkward years the music gave me a focus and a direction and a reason to stay for hours in my room and after a while a bit of an identity.

Each night before I go on stage I remember what it was like to sing this music in public for the first time. Then I take a moment and prepare to sing as if it might be for the last time. Then I look around. Who would I want to share this night with if not these people? Where would I want to be if not here? Then suddenly I’m on stage singing once again.

Last night like so many other nights there was a moment when I was overwhelmed by the MUSIC. I can’t be sure but I think everyone there on some level felt the same way. For a moment the only world that existed was the one alive in the songs.

There’s a photo here from the sound check last night. Another photo is of the group I sang with in high school. Joe Allison’s in the middle with the bass. Dan Eaton is on the right with the guitar. That’s me on the left with banjo. Years later I got to meet and a share a stage with my first singing hero, Chad Mitchell. I also had a chance to share the stage with my first songwriting hero, Tom Paxton. I’m posting pictures to prove it. I am also including a recording of Greenfields, the song that made this and keeps making this all possible. 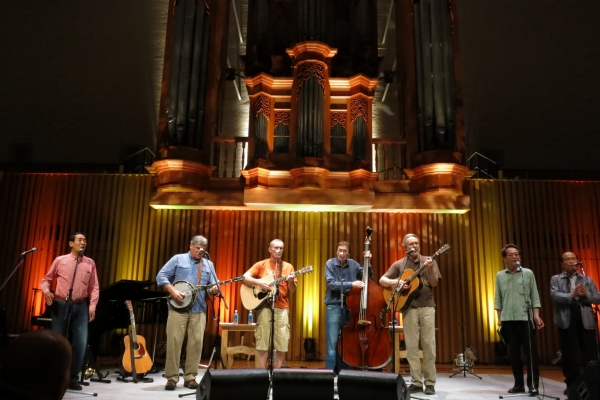 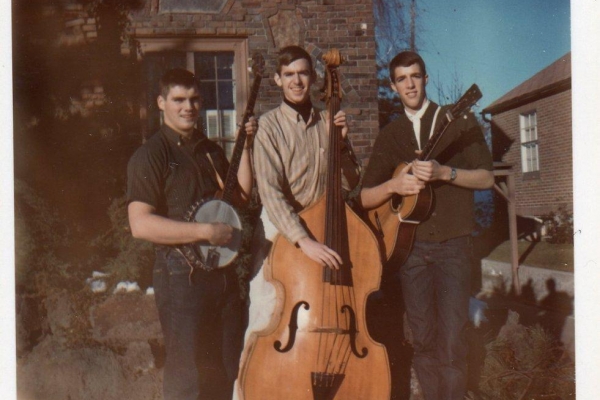 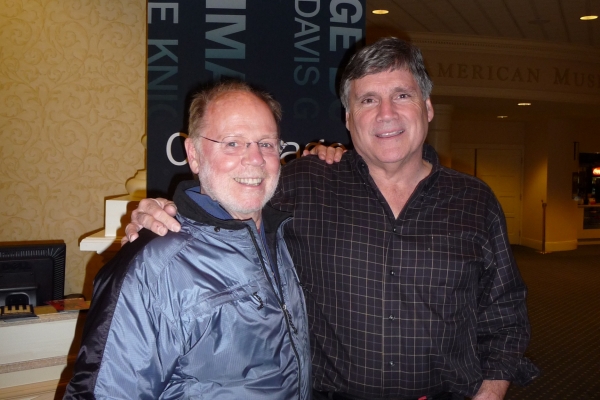 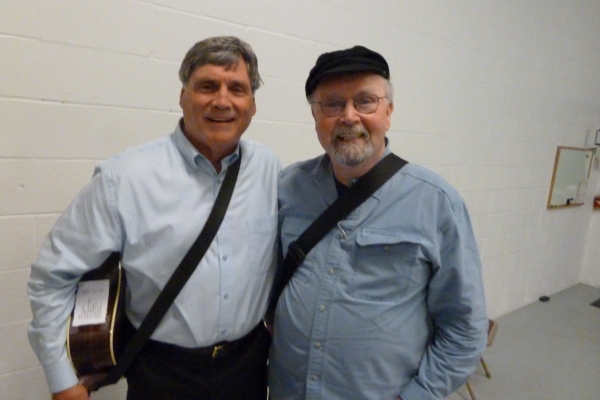