Fifty-five years of coming to Japan

The Brothers Four are back in Japan for a sixteen-concert tour of this amazing country. The first trip was in 1962. While there have been a few years the group didn’t come to Japan a number of years included more than one visit so this is likely the group’s 55th year and 55th trip. Those first years a number of students fell in love with the group and its music. A Friend’s Club was formed. The mutual affection continues and we will be seeing a number of charter members of the Club on this visit.
Bob Flick remains the one constant in The Brothers Four through all these years. His hard work love of the music and for Japan has been key to much to the success of this incredible relationship.
My first visit to Japan was in 1969. I have been coming here for much of my adult life. What an honor. What a great gig.
One of the things the Japanese people picked up on years ago was how much the guys in the group liked each other and how much fun they had singing. That remains true of the group today.
There are four photos included here. Two of them are from an original photo shoot when the group went to New York in 1959. A variation of one of the shots became the iconic first album cover. There's a photo here from Karl’s first concert with the group in 2008. It was a special night at his church and a few days before the group headed to South Korea for a music festival. The other photo is from my first year with the group. 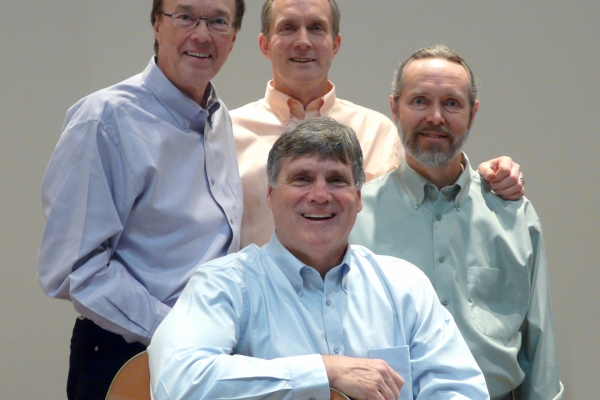 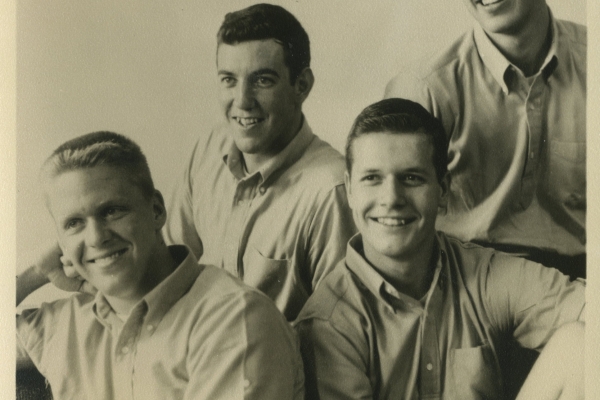 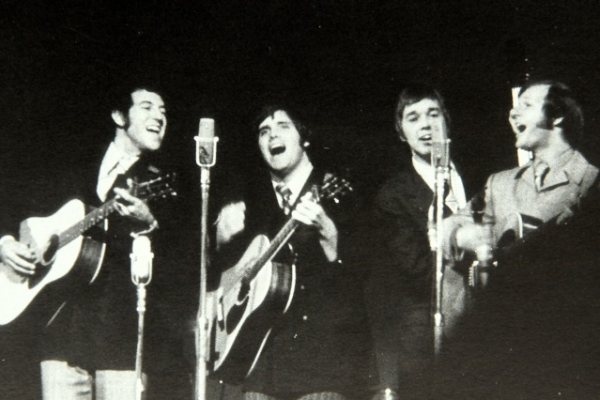