Mike McCoy and I met in September of 1965. On September 13th we will celebrate 50 years of friendship and musical partnership in a concert in Seattle at the Broadway Performance Hall. Tickets are available at Brown Paper Tickets.

The fall of 1965. It is a few lifetimes ago. And yet some of it still appears close enough to touch. Coming from Spokane, Seattle felt like a big place. It was mostly the lure of playing big time college football that brought me there. At the last minute I decided to join a fraternity. The Phi Gamma Delta or Fiji House. The Brothers Four had come out of that fraternity a few years earlier. Freshmen Fiji football players ended up staying on the third floor in a part of the house known as the Maids’ Quarters. We each had one upper classman roommate. We slept in the room instead of a sleeping porch. My “next door neighbor” happened to be a quarterback from Sumner, Mike McCoy. He played his music loud and laughed when asked to turn it down.

One Saturday night I was in a room singing with a couple of other guys when the door opened and this incredible voice started singing this amazing harmony. It was McCoy. Before long we were singing with a couple of our classmates, John Buller and Mike Dwyer. We named ourselves The Mourning Ryde. (No, I can’t tell you why.) We sang informally mostly. A big deal was to serenade the sororities.

The spring of our junior year we auditioned and won a spot on a national TV show called “Your All American College Show.” We flew to LA the weekend after Robert Kennedy was murdered. We stayed a few blocks from the Ambassador Hotel and visited the assassination site.

The producers rehearsed and filmed two shows each weekend. Four acts per show. We won. (One of the photos is a plaque from the trophy.) A few weeks later we were back in LA competing against other first round winners. One of them happened to be a guy on piano and his kid sister on drums singing “Dancing in the Street.” They called themselves the Dick Carpenter Trio. We lost. Surprisingly the Carpenters lost in the finals to a woman named Linda McClure from UCLA who sang show tunes.
While Linda’s performance and that of the Mourning Ryde appear lost to history someone put the performance of the Richard Carpenter Trio’s 1st win on YouTube. Looking at the number of views hundreds of thousands appear to have been interested. Thought you might be, too.

The audio recordings here are of Mourning Ryde singing in what was known as the Big Room of the fraternity in December of 1967. I am including three songs from that recording as well as a picture of us singing at a University event. From left to right: McCoy, Pearson, Dwyer (with the bass), Buller (the tall guy)

The video is of a song called "1968" and talks about some of the things that happened during that amazing year.

As far as my football career, I captained the freshmen team against WSU in Pullman, turned out for Spring Football, then decided I was a musician at heart. In a case of “the older I get the better I was” I am including a photo and newspaper clipping to prove I was there and did that…

In the fall of 1968 The Mourning Ryde got hired to sing at a ski resort at Snoqualmie Pass. In December I was asked to join The Brothers Four (after John Denver waited too long to tell them he wanted the job.) The job at the ski resort went away. McCoy tells me he’ll get over it…any year now... 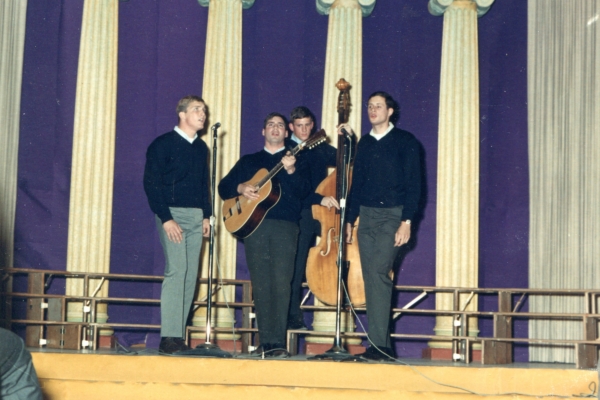 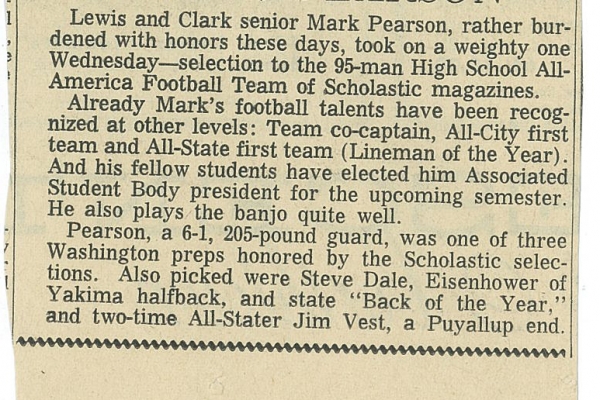 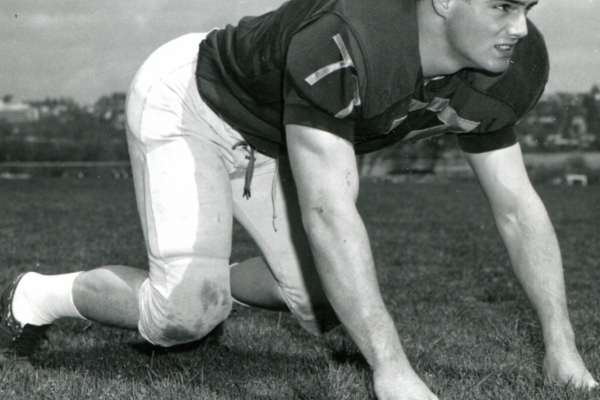 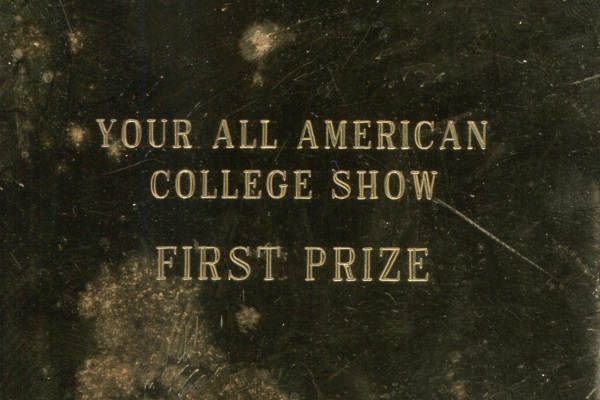