A Set Is Created For Each Tour

In over 55 years of performing in Japan The Brothers Four have sung in night clubs, dinner theaters, hotel holiday shows, as well as concert halls in all 47 prefectures. The group has appeared on numerous TV shows. One of Mike McCoy’s first trips to Japan as a member of the group was to film a folk show for NHK featuring The Brothers Four. Through the years The Brothers Four have also recorded a number of albums exclusively for the Japanese audience.

In recent years the group has performed exclusively in concert venues. There are lots of things that make these tours special. Among them is the care that is taken in every aspect.

For every tour a special set is created. The first three photos are from this year’s set. The others are from the last few tours.
The set is transported by truck from venue to venue. It is re-built at every concert site. Tomorrow I will talk about the hard working crew that travels with us and makes all of this possible.

Today's song is called "Magic moments" from the Following the Light album. Every night stepping out on that stage is a magic moment. 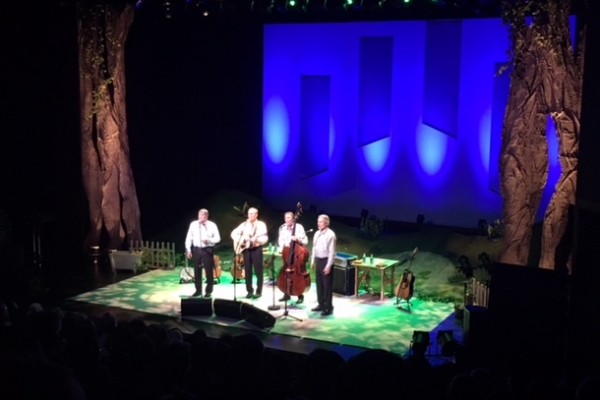 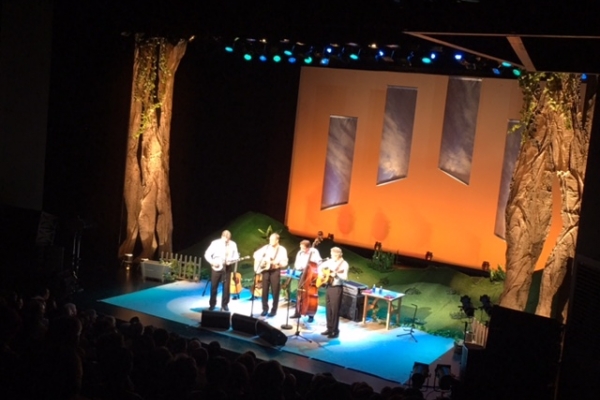 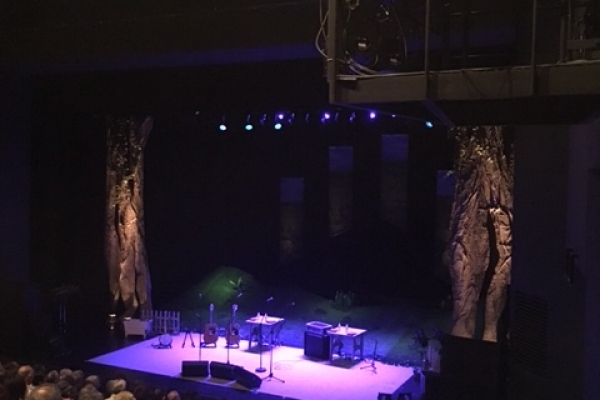 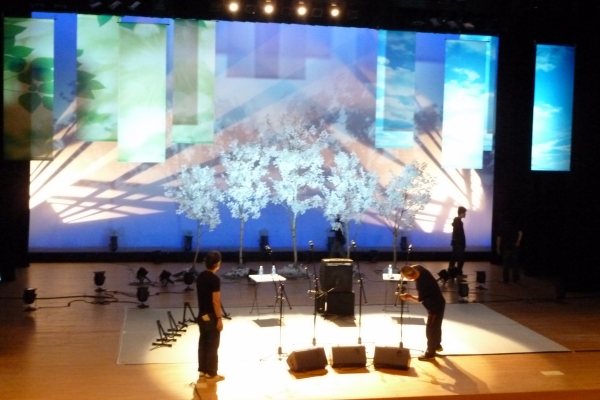 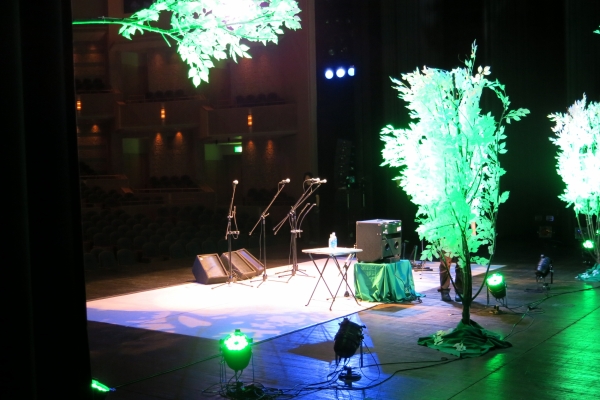 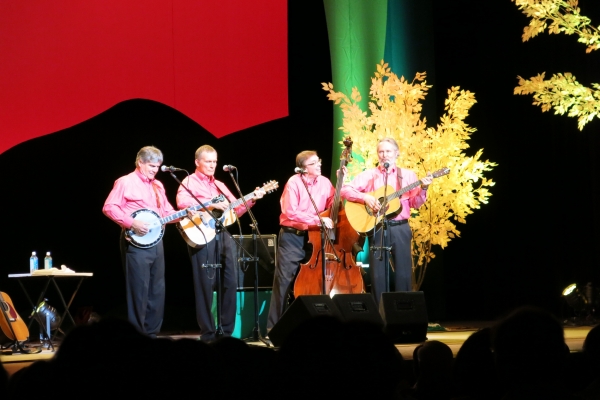 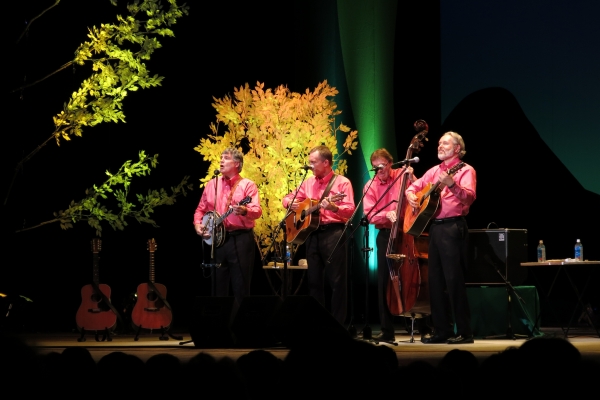